You are here: Home / Energy Efficient / I Guess We Were Not Green In Phoenix and Las Vegas

Recently I have seen a host of Conservation seminars and Green trade shows springing up both in Phoenix and Las Vegas. It feels like the desert community is waking up, and the people have figured it is time to protect the environment. This reminded me of my niece when she spoke to me with such excitement and fervor about how we have ruined the earth for future generations and how we better wake-up if we are to “Save the Planet”. She has become very involved with conservation projects at school, and she was letting everyone in the family know how to recycle and conserve.

My niece asked me, why the previous generations had allowed this to happen, and why we were not green back then.

I told her that yes it is true that I don’t remember having the conscious thought of being green about anything other than St Patrick’s Day in elementary school.

However, I do remember back when I was a kid, we used to return soda bottles to the grocery store. We would get money back, and sometimes I would even buy some more soda with it. What I did not realize as a kid was that the store was sending those bottles back to the company where they were cleaned, sterilized and refilled with soda ready to be resold. These “Recycled” soda bottles would go thru this cycle many times and the company could use them over and over again.

But, I guess we were not very green back then!

My mother used to leave the empty milk bottles outside the door for the milkman to replace with full ones, and those bottles were being recycled by cleaning and reusing them as well. We did not have water in plastic bottles, so we drank water from the tap, sometimes even from a water hose during those hot summer days.

But, I guess we were not very Green back then!

I remember when my little sister was born and watching my Mom wash her soiled cloth diapers, instead of using those disposable diapers every mother uses today. Hand-me-down clothes were not something to be ashamed of, and Mom would replace buttons to our shirts, sew the holes in our clothing or even add a patch to the worn out knee section of our pants. It was not until the start of the school year that you went to get new clothes. Helping your mother with the laundry involved going to the yard and taking those sun and wind dried bed sheets and clothing held with clothespins off the clothes-line.
I did not know my Mother was such a “Solar and Wind Energy” proponent!

Our Mother did not have a gas guzzling SUV to pick us up from school or to take us to the mall. Instead, we used to either walk or ride our bikes everywhere we needed. Mom also did not have to taxi us to soccer practice or gymnastics class as we used to play outside or walk to the nearby park. Exercise and eating a low-calorie diet was not important back then since we did not have video Games, ipads or cellphones that keep us sitting all day today. When I was old enough my Father had me mow the lawn using a push mower, not a gas-powered one, and then I had to rake the clippings.

I think that was the first time I got blisters on my hands.
But I guess we were not very Green back then! Darn, fathers were tough back then.
We used go outside and play tag or football and fly kites with our friends.  Wow, I just realized we were using wind energy for entertainment, and we did not need a wind generator to produce the electricity to charge the iPhone through a USB port on the laptop.

Our parents did not go to the gym and run on electric motor-driven treadmills as they worked hard enough already and walked everywhere as well. In fact, as kids my cousin and I used to walk everywhere with my grandmother in those summers that she would  watch over us. And she would walk to the grocery store every day for her fresh meat and produce. She would even walk to pay her utility bills, yeah she would not send that envelope in the mail as their offices were only a little over a mile’s walk away. Sometimes, we would even take the bus if her errands were in a nearby town.
Hey! Grandma’ did not even know that walking and using public transportation can reduce those greenhouse gas emissions that are so damaging to the environment.

We watched TV as a family because we had one television set, not one in every room. The requisite Home Theater setup with that 70 inch LED behemoth did not exist either, nor did the house shaking 500-watt surround system. We had one phone in the house, and it was to be used for necessary calls only, and my Father strictly enforced the 5-minute phone rule.

The youth today think that being Green is a new thing.
It’s funny when you realize how much more Green we were, just one generation ago.
To find out about how one company has always been Green since the beginning read here Renewal by Andersen of Phoenix and Las Vegas 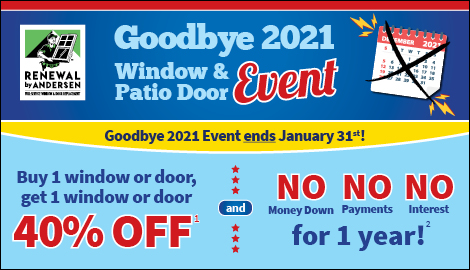